The Constitution uses three basic techniques to guarantee liberty. First, federalism divides power between the state and federal governments, limiting the federal government only to powers specified in its text.

Second, the Separation of Powers and Checks and Balances divide governance among the federal branches to keep any individual branch from wielding too much power. Third, Constitutional Rights, especially in the Bill of Rights, 14th Amendment, and Article 1, Sections 9 and 10, carve out key individual liberties that no part of government cannot infringe. Fourth, all parts of the government are directly or indirectly accountable to the people, so that the people are capable of holding them responsible if they abuse their power.

The Framers divided power among three separate branches of the federal government:

The separation of powers is designed to make sure that no branch of government will become too powerful or exercise the powers of another branch. For example, the executive branch (the President) cannot make laws. Only the legislative branch (Congress) can. The system of "checks and balances" similarly empowers each branch to prevent the other branches from overstepping their constitutional authority. For example, the President can veto a law proposed by Congress.

Article I assigns the legislative authority, or the ability to make federal laws, to Congress (the legislative branch). Congress is also responsible for declaring war and making the federal budget. Congress is composed of two parts, the Senate and the House of Representatives. The Senate is also responsible for approving presidential appointments and ratifying treaties with other nations.

Article II places the President of the United States in charge of the executive branch. Among the President’s primary obligations is to take care that the laws be faithfully carried out, or executed, and to preserve, protect, and defend the Constitution. The president is also charged with appointing the heads of all federal agencies and judges, with the consent of the Senate.

Article III creates the judicial branch, or court system, of the federal government. Its job is to hear cases and controversies, or legal disputes. While considering these disputes, the judicial branch enforces the Constitution, reviewing laws and executive actions to ensure that these laws and executive actions are consistent with the Constitution. If they find otherwise, they will decline to apply an unconstitutional law; this process is called judicial review.

“The Constitution protects us from our own best intentions: It divides power among sovereigns and among branches of government precisely so that we may resist the temptation to concentrate power in one location as an expedient solution to the crisis of the day.”

Section 2.2: Article I & The Legislative Branch

So that they may have a slightly longer perspective than members of the House, who are elected for two years, Senators face re-election every six years. They serve staggered terms so that normally one-third of the Senate is running at every general election. There are a total of 100 Senators, 2 from each state.

Senators serve a variety of important roles: not only do they pass legislation like Members of the House, but Senators also have the sole responsibility of confirming federal judges and high ranking executive officers, as well as ratifying treaties. Thus, so that you can share your opinions on such matters, it is worth knowing who your two Senators are.

Who are your state's U.S. Senators?

This information can be found here.

Nancy Pelosi is the current Speaker of the House of Representatives. Pelosi took office shortly after the Democrats took control of the House in the 2018 election. She previously served as Speaker between the elections in 2006 and 2010. 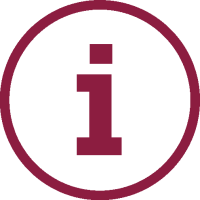 In order to remain tightly connected to the will of the people and public opinion, members of the House serve shorter terms than the Senate, facing re-election every two years.

Like Senators, members of the House vote on legislation. Unlike Senators, who represent and are chosen by the citizens of their entire state, members of the House are chosen by and serve the citizens of congressional districts within their states. Because these district maps change every ten years after a census, it can take some work to know who one’s representative is.

Who is your federal House Representative?

You can find your state representative and your legislative district here.

The two different houses have different sizes because each represents a different constituency and is intended to serve a different purpose.

The Senate is designed to represent the interests of each individual state and make sure each state has equal representation in Washington.  Thus each state, whether large or small, has the same number of senators: two.

The Senate is also intended to help protect the people’s liberty and reinforce the idea of federalism: Senators would be more likely to enforce the constitutional limits on federal power because any expansion of federal power would come at the cost of their local state governments’ jurisdiction and rights.

By way of contrast, the House of Representatives aims to represent the people and public opinion more directly. Thus, states with more people (a larger population) have more Representatives than other, less populous states.

Presidents serve four-year terms. Initially, Presidents could be re-elected to an unlimited number of terms, but the historic norm was to follow George Washington’s example and only serve two. Franklin Roosevelt broke this norm and was elected for four terms (but died very early during his fourth). Concern about the concentration of executive power during such a long presidency led to the Twenty-Second Amendment, which formalized the two-term limit.

The 22nd Amendment formalized the two-term limit for presidents.

Although initially states had some variation in when they selected presidential electors, since 1845, presidential elections have always taken place in the month of November, specifically the Tuesday after the first Monday in November.

As of January 2021, Joe Biden is the President of the United States and Kamala Harris the Vice President.

The Constitution, especially Article II, gives the President a variety of roles in the federal government. Not only must he or she take care that the laws be faithfully executed, but the President is assigned to be commander-in-chief of the military and to sign or veto bills passed by Congress. He or she also serves as chief diplomat, and appoints, with the consent of the Senate, federal judges and members of the executive branch.

The President has help in coordinating and managing the executive branch, especially from members of the Cabinet. The primary role of this high-ranking group of federal officers is to advise the President.

The Vice President is a member of this advisory Cabinet, but most of its members are the heads of the various departments, and whose job titles are the “Secretary of (each Department).” Thus, the cabinet includes the Secretary of State, Secretary of Defense, Secretary of the Interior, Secretary of the Treasury, as well as the Attorney General (who oversees the Department of Justice), among others.
Just as baseball games are not decided by who gets the most hits or football the most yards, the president is not selected by a simple majority vote. Instead, the president is elected by the Electoral College, in which each state gets as many votes as its combined number of senators and representatives.

Like the two houses of Congress itself, this takes into account both the states and people, federalism and population, ensuring any winning candidate is broadly acceptable across different regions of the country. This balances the process of picking the president between direct popular election and congressional selection.

The Constitution leaves it up to state legislatures to determine how their states appoint their electors for the Electoral College. Today, forty-eight of the fifty states choose to award all of their electoral votes to the presidential candidate who receives more popular votes than any other candidate within that state. This is known as a “winner-take-all” system.

Article III creates the judicial branch of the federal government. Its job is to hear cases and controversies, or legal disputes. In the course of considering these disputes, the judicial branch enforces the Constitution, reviewing laws and executive actions to ensure that these laws and executive actions are consistent with the Constitution. If they find otherwise, they will decline to apply an unconstitutional law; this process is called judicial review.

This process is designed to ensure that the rest of the government—whether the states, Congress, or executive branch—follows the Constitution while keeping the judiciary out of the role of making policy.

There are three levels of federal courts.

The highest court in the United States, the U.S. Supreme Court hears appeals both from these lower federal courts as well as state courts.

Article III establishes that justices, like all federal judges, will serve “during good behavior,” which has turned out to mean, in practice, life tenure. The purpose of this is to ensure that judges do not issue rulings based on political pressure or popularity but instead based on the demands of the Constitution and law.

A majority of Supreme Court justices are required to decide a case, which normally means five (5) justices are necessary to issue a ruling.

The current Chief Justice of the Supreme Court is John Roberts, who has served in that office since the death of his predecessor, William Rehnquist, in 2005.

The Constitution’s federalist system of enumerated powers limits the federal government to powers specified in the Constitution, especially Article I, Section 8. Among this list of federal powers is the authority to coin (or print) money, to make treaties and declare war, and to raise and support armies.

Under our Constitution, most political powers belong to the states. As the Tenth Amendment makes clear, unless a political power is given to the federal government, it is assumed to remain with the states. Thus, the states retain authority over issues such as:

This broad authority to regulate on behalf of the health, welfare, safety, and morals of the people is called the police power. It is wide-ranging, but there are still limits on it: a state’s use of its police powers cannot violate either the federal Constitution or the restrictions in a state’s own constitution.

Every state today has a similar structure to the federal government, with a state constitution, a legislature making laws to govern the state, an executive enforcing those state laws, and a judicial branch resolving legal disputes. One important difference is that the head of the state’s executive branch is called the Governor. The Governor’s state level powers are broadly similar to those wielded by the President, so it is important to know your state’s Governor.

Parties have come and gone in American history, but there have usually been two leading parties. Although it arose from earlier parties, the Democratic Party formally developed in the 1820s and 1830s under Martin Van Buren and its first elected President, Andrew Jackson. Initially created to enforce states’ rights and local government, in the 1930s the Democratic Party shifted to favor a more centralized federal government.

The Republican Party was founded in the 1850s with the specific purpose of ending the expansion of slavery into the federal territories — its first President was Abraham Lincoln.

Compared to the Democratic Party of today, the Republican Party tends to favor a more decentralized federal government. The Democrats and Republicans are the two major parties today, whose ideas and values have shifted over time to reflect a changing United States.

Other political parties today include the Libertarian Party, the Green Party, and the Constitution Party.