In keeping with the mission of the Kinder Institute, Starting Points aims to foster an understanding of the principles of the American political tradition among academics and citizens in a non-partisan and interdisciplinary manner.

Join The CPTL and SPJ for a virtual symposium with a week of articles that will get your wheels turning!

James Madison’s lasting influence and prescience are undeniable. Madison’s most widely recognized historical contributions include his roles as the chief architect of the Constitution at the Philadelphia Convention, the “stenographer in chief” of its proceedings, the major contributor to the Federalist Papers, and the 4th President of the United States. But Madison also set the bounds of debates on issues that are unquestionably relevant to modern American politics, including American national identity and the development and dangers of political parties.

The contributions to this symposium examine the historical contributions of Madison’s political thought and invite a reexamination of its contemporary value. Venturing outside of Madison’s highlight reel, they pose questions that reframe his influence while mapping connections to the insights he provides to the landscape of modern American politics.

Toward these goals, Colleen A. Sheehan delivers a Madisonian argument for free speech in the modern age. Lee Ward engages in a deep dive into Madison’s reflections on federalism in the months prior to the Constitutional Convention. Sanford Levinson argues that Madison was not the “father of the Constitution” and calls for a DNA test on the true “paternity” of the document. Alan Gibson responds that this question is needlessly patriarchal, while also asserting that Madison was, to be sure, uniquely central to the constitutional moment of 1786-1789. Levinson responds in kind to Gibson with an exploration of the contours of their agreements and disagreements.

Additionally, Cary Federman delivers an essay on Madison’s vision for a free press in a republic. Michael Zuckert explores a Madisonian perspective on slavery. Lynn Uzzell dives into the nature and interpretation of Madison’s extensive notetaking and documentation, while Gregory Spindler examines whether he was a strict constructionist. Finally, Kevin Cherry frames Madison’s Federalist essays as Aristotelian political education.

As you navigate this symposium, we encourage you to enter the conversation — on our Facebook, Twitter, or beyond. We'd love to hear from you! 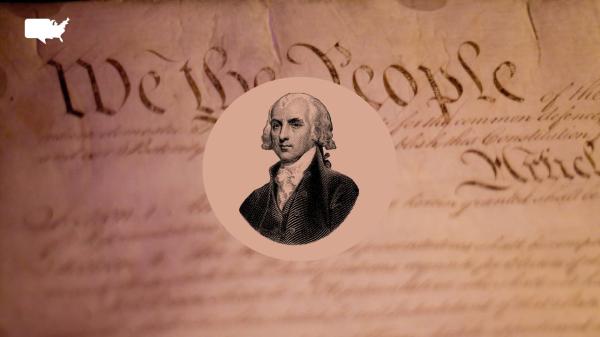 "What could possibly be wrong with calling out and quelling all forms of bigotry and prejudice, so that fellow citizens might better treat each other with respect?" In this age of political polarization, we need to take a hard look at freedom of speech and bipartisanship in America. Read more from Professor and Director of Graduate Studies with SCETL at ASU, Colleen Sheehan. 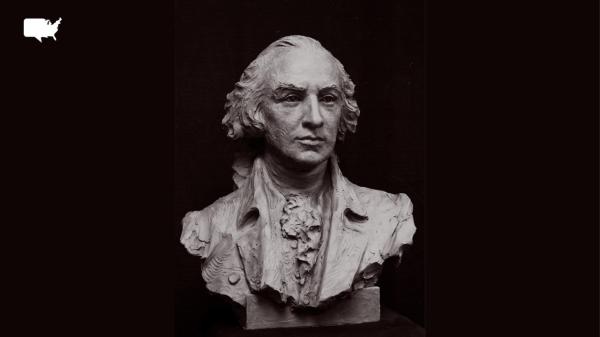 "At the very least, we must recognize that if we should regard him as the Constitution’s father, he was extraordinarily disappointed in his progeny from the first moment." Who is the true "Father of the Constitution"? Is it James Madison or someone who isn't even one of The Framers at all? Find out by checking out Professor Sanford V. Levinson's thoughts in the Symposium's first article of the week.

Madison and The Constitution 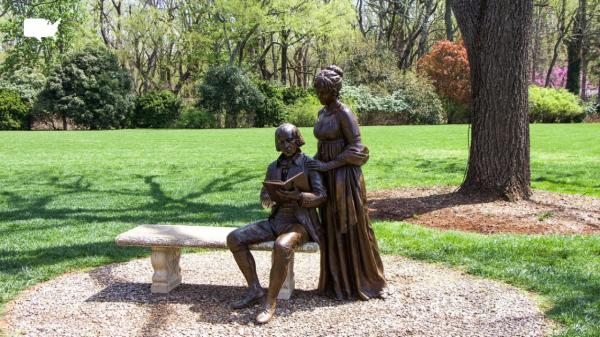 "To prove that Madison... was the “Father of the Constitution,”... We must find his DNA in the Constitution." Alan Gibson, Senior Fellow at the Kinder Institute on Constitutional Democracy at University of Missouri, posits the question: what would the history of the United States have been under a [different] political system? Read on for Gibson's riveting reply to Levinson's article. 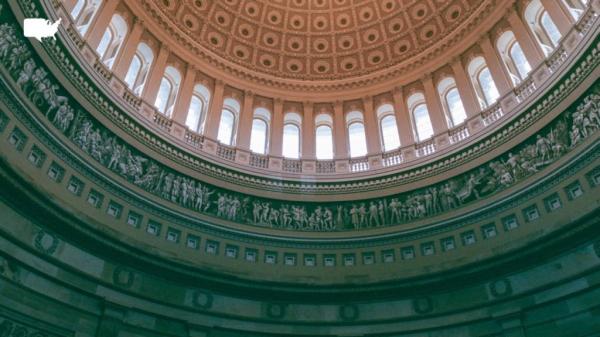 "...the pernicious adoption by Americans... of an unmerited “veneration” of the Constitution. This unthinking worship makes it impossible for us today to engage in the much-needed “reflection and choice” valorized by Hamilton in Federalist 1 about how we might better organize our basic institutions of government." Levinson respectfully claps back with a warning against blind devotion and against placing Madison in too high esteem by scholars. We must revisit those who helped draft our country's foundation to continue to uphold the balance and Levinson discusses how.

Slavery and The Constitution in Madisonian Perspective 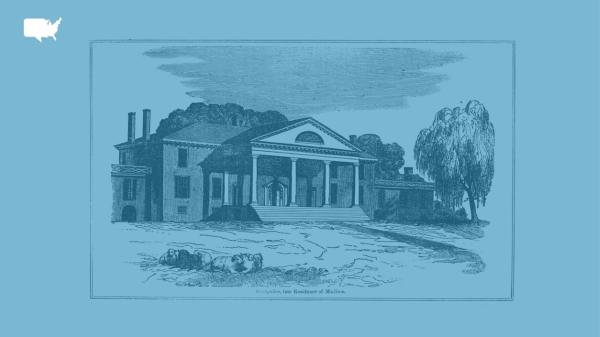 "As Lincoln said, “A house divided against itself cannot stand.” The antebellum period was indeed deeply marked by the tensions resulting from the disparity between legitimacy and legality; over time that disparity proved more and more difficult to live with." Michael Zuckert, a SCETL Visiting Scholar and Professor of Political Science at Notre Dame, goes into perspicacious detail about the Constitutional impasse regarding slavery created by the Neo-Garrisonians (after William Lloyd Garrison, the famous abolitionist) and Neo-Lincolnians.

James Madison on Federalism Circa 1786-87 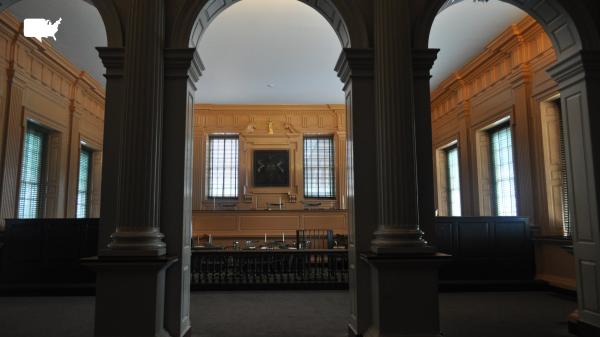 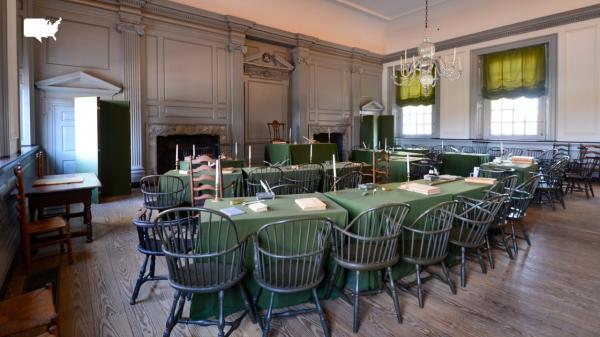 Clio, the goddess of history, has partially blessed American periodicals with many recountings of James Madison's accolades. Lynn Uzzell, Assistant Professor of Politics at Washington and Lee University, investigates these recountings and notices that many detractors of Madison held biases that refuted his Notes due to partialities and predispositions. Partisanship is definitely not new and when Uzzell posits that "Hamilton’s followers sought to champion his legacy by disparaging his rival’s" it becomes clear that Madison's work will be long-debated here on.

James Madison on a Free Press... 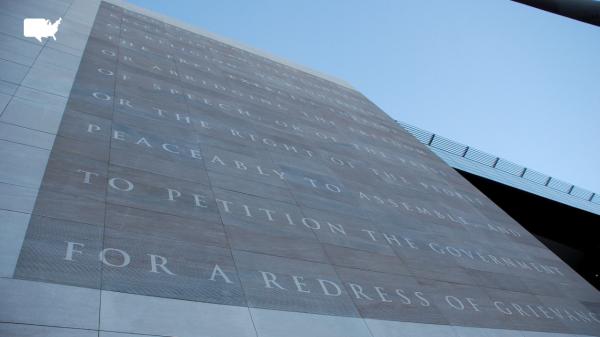 James Madison held the notion of being a Republican to be true and vital when it comes to free speech and press. "The proper boundary between the liberty and licentiousness of the press is, according to Madison, not moral but republican... For Madison, the nature of republican government is toleration of criticism." Cary Federman, Professor at Montclair State University, investigates Madison's view of the Sedition Act and compares it to New York Times v. Sullivan (1964) that questions the case's outcome while presenting possible Madisonian solutions.

Was Madison a Strict Constructionist? 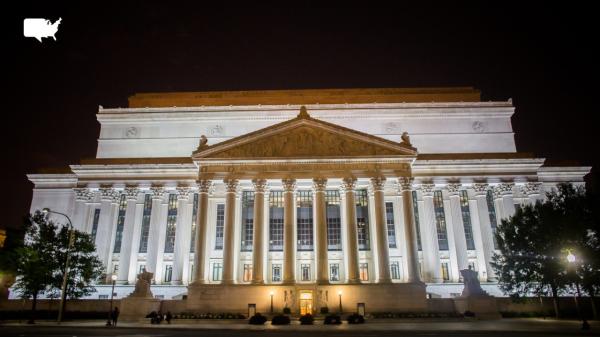 Gregory Spindler, a retired educator, traverses the topic of seeing The Constitution, The Bill of Rights, and our legal system as either rigid or open-ended. "Madison was not averse to broadly interpreting the Constitution when confronted with situations which demanded one to be flexible." Spindler postulates whether Madison held staunch oppositions on whether amendments were actually amenable or not and also probes Madison's role as Jefferson's Secretary of State. Were our founding fathers as balanced as scholars say? Or were they as biased as politicians have always been?

James Madison on a Free Press... 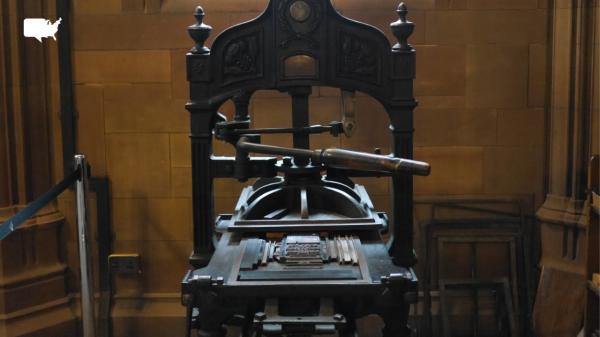 "In these essays, Madison sought not merely to defend the new Constitution but also to guide those who would, in the future, devise and revise other constitutions, in the hopes of developing institutions that would more effectively reconcile majority rule with the public good and protection of individual rights." Kevin M. Cherry, associate professor of political science at the University of Richmond, dives deep into Madison's ostensible connection to Aristotle's Politics and his latent fear for the future of The United States. Cherry asserts that Madison's enigmatic desire to afford "power to “negative” state laws that resulted from factious majorities" has more to do with his consternation than his personal beliefs.

We welcome essays that address the meaning and significance of American principles such as democracy, freedom, equality, rights, the rule of law or constitutionalism, either in themselves or as they appear in particular texts and contexts, as well as essays that address the conjunction of these principles with present or past American practice. We also welcome essays in a comparative or international relations vein that shed light on American principles and their practical application.

The journal strives to reflect a wide variety of approaches to this general topic, including those characteristics of history, political science, philosophy, law, literature, and cultural studies.

Submissions should be 1,500 to 2,000 words, and should not contain any footnotes or bibliography. All citations should be either integrated into the body of the text or included as embedded links. All essays should be submitted in Microsoft Word. Authors of accepted manuscripts will receive a $250 honorarium.

Please see previously published articles for examples of style and for a sense of our topical range.